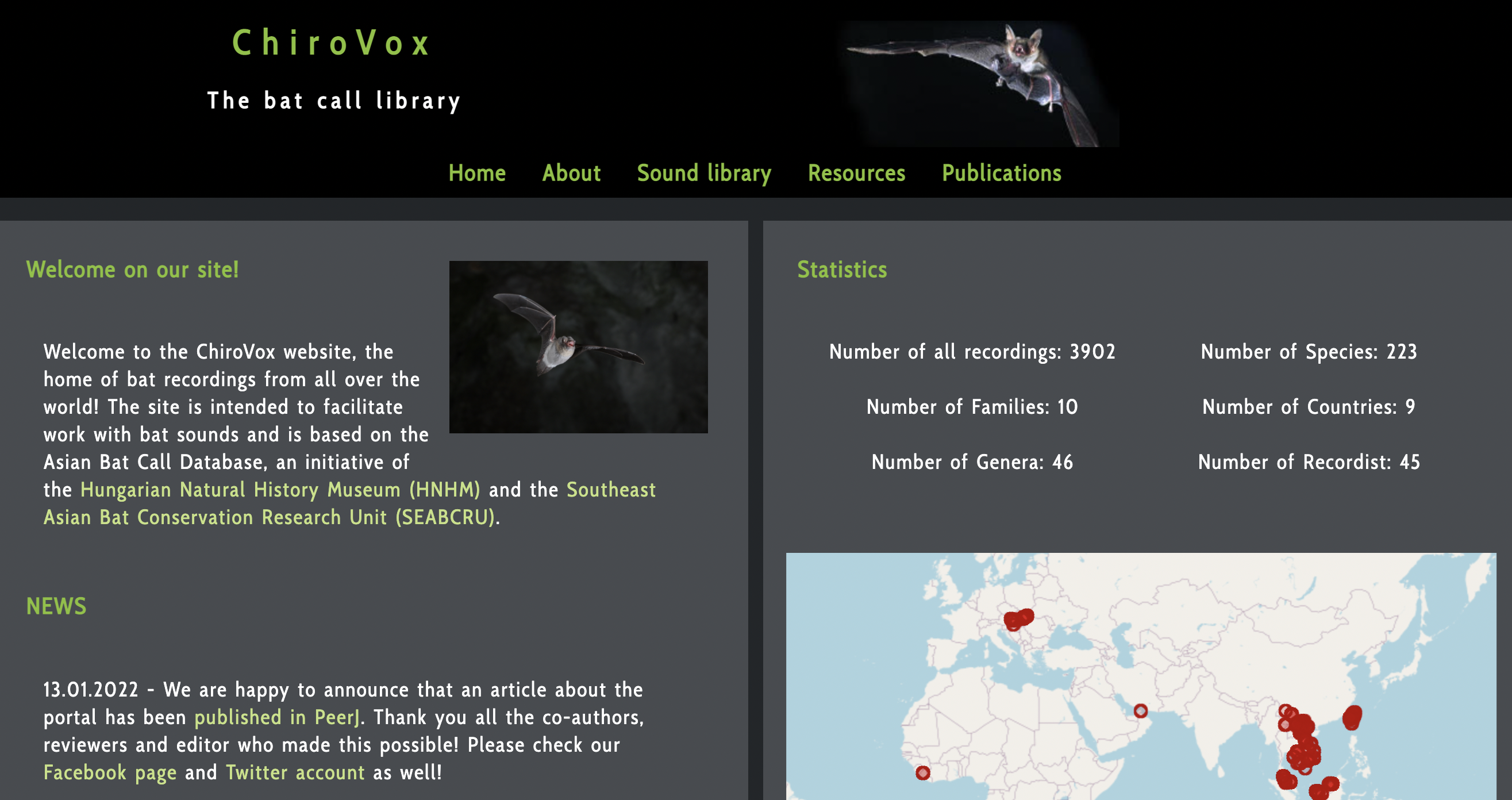 Unlike most birds and frogs that use audible sounds, bats usually make high pitched calls that are beyond the hearing range of humans. Bat detectors provide great opportunities to nature lovers and scientists to understand secret life of bats by eavesdropping on their sounds. To date, the widespread application of bioacoustics to observe bats is mainly in Europe, North America, parts of South America, Australia, and New Zealand. Despite how keen bat researchers and enthusiasts alike in other regions are in bringing recording devices to the field, they often end up with tons of recordings of ultrasounds without knowing which bats emitted them. An important limitation of bat bioacoustics studies is the lack of comparative material, meaning accessible reference recordings with a known source. Nevertheless, the story may change with the launch of the largest open bat call library – ChiroVox.

“Chiro-“ in Latin means hands, and is a reference to the mammalian order name for bats (Chiroptera); and the word “-vox” means voice or sound in Latin. ChiroVox is a public repository of bat sounds that was established by volunteer scientists from Hungary, USA, and Taiwan. The call library currently holds over 3,900 recordings from 192 bat species from Asia, Europe, the Middle East, and Africa. “The aim of the project is to build up an open-access bat call repository that contains bat sounds from all over the world. The website is built to serve as a platform for people to browse recording circumstances and related biodiversity data and download the recordings.” – said Dr. Tamás Görföl, who is a bat specialist and virologist based in Hungary, and also the leader of the project.

When the researchers at the Hungarian Natural History Museum received funding from their government to build ChiroVox, they decided to start the project in Asia, as they had a long history of collaboration with Asian bat researchers. The region has nearly 300 echolocating bat species and a growing bat acoustic research community without a reference library of recordings of native bats, which is important for comparative identification of unknown calls. With additional support from the Global Biodiversity Information Facility (GBIF), the researchers teamed up with the Southeast Asian Bat Conservation Research Unit (SEABCRU) to collect around 3000 recordings from over 20 bat biologists from 15 countries during a workshop in Malaysia in 2019. “What I really feel excited about this cool project is that most of the participants seem to understand the importance of open data sharing, which is very contradictory to the conservative culture of Asia. I think this would be not possible without the long-term investment of SEABCRU into the region’s bat research capacity building. The network unifies people like a family – which is a core value to most Asian people.” – said Dr. Joe Chun-Chia Huang, who is the lead scientist of the GBIF grant.

The recordings are now available on the website and they can be browsed by country, contributor, species, or unique ID. To ensure that the contributors will be acknowledged by users, every recording is licensed under CC-BY, meaning that any user may adapt and build upon the material as long as credit is given to the creator. The team is ambitious in their desire to improve the website further. Several new functions, e.g., user registration and management, leaderboard of data contributors, automatic downloading, will be implemented on the website using open tools in the following months.

The ChiroVox team is currently seeking alliances with global bat biologists and NGOs to expand the collection to a global scale. Please contact us at contact[at]chirovox.org if you are interested in contributing to the project! 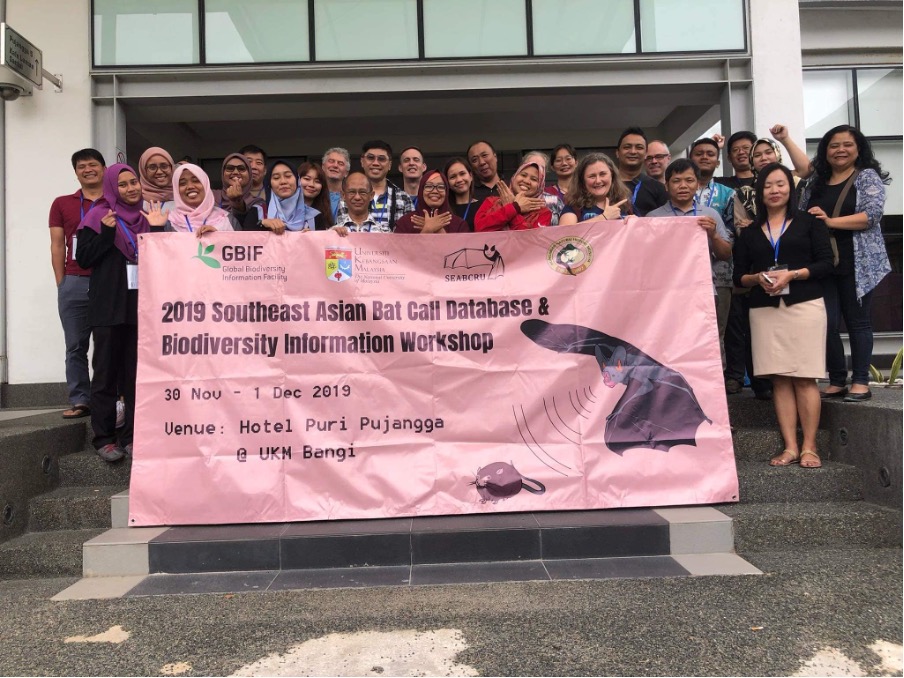